The Hightstown High School FIRST Robotics team, Team Mercury 1089, competed at the Seneca District Competition this weekend, and achieved tremendous success both on and off the field.

In the qualification matches, Team Mercury went 8-3-1, finishing 6th place overall out of 34 teams. They rose to become the captain of the fourth seed alliance, where they picked team 365, the Miracle Workerz, of Delaware, and team 7877, the Neuro Brytes, of Camden. They won their quarterfinal matches, and ended the event as semifinalists.

Additionally, at the conclusion of the event, the team won two awards. The first, the Autonomous Award, celebrates a team whose robots achieve success with automated functions. Our robot, named “Double Cross”, has a turreted ball shooter and sensors throughout our intake allow our machine to launch balls at the goal without any human interaction. The judges and other teams were impressed with our high level of accuracy and ability to score from almost anywhere on the field. 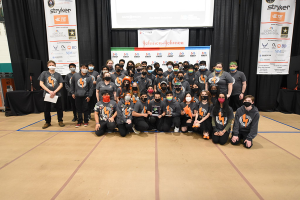 The second award, the FIRST Dean’s List Award, celebrates students who are viewed as role models in STEM leadership. Each team nominates two students, and only two students from that pool are selected to compete for the award at the district championship. Team Mercury’s Janet Koublanou was chosen as one of the two recipients of this award at the Seneca event, and we are incredibly proud of her accomplishments. 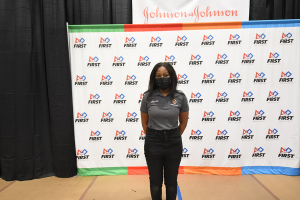 Lastly, based on the team’s performance and awards, Team Mercury has qualified to compete at the FIRST Mid-Atlantic District Championship in two weeks at Lehigh University. We are excited for the opportunity to compete with the district’s best, and are confident that we will put on a great show!